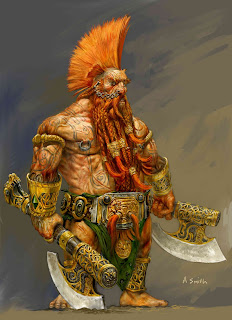 Really, how the f' did I miss this?  How did my fans miss this (as they often send me messages directing The Grumpy Dwarf to an article they feel will entertain).  So, lets more on to yet another Mike Mearls The Man, The Manager and The Next.


You can read the original article here