When Do You Officially Call a Project "Dead"? re: City State of the Invincible Overlord (Judges Guild) 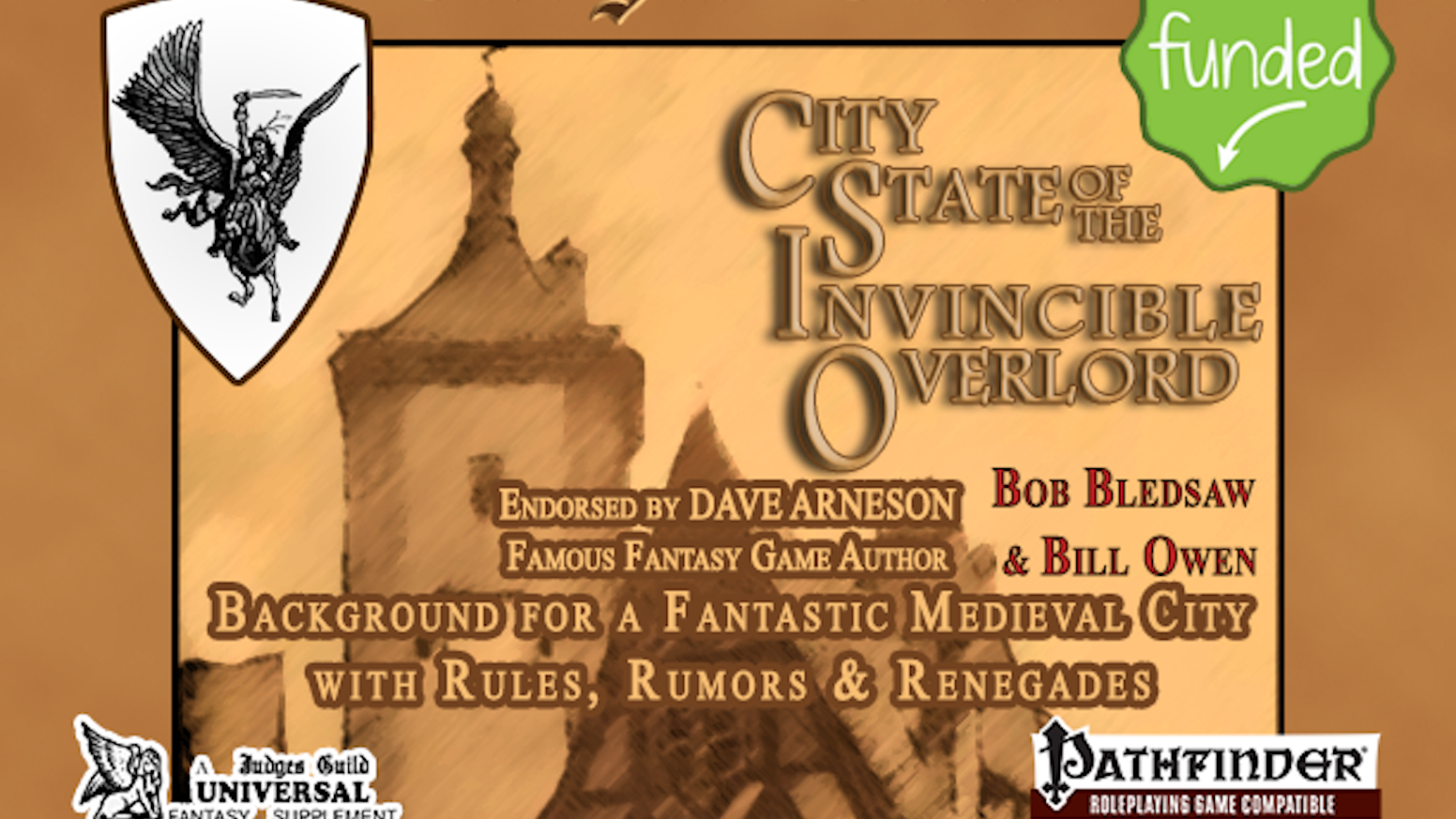 Tonight as I was flipping through Facebook, I saw a post from The Tavern from exactly three years ago - Oh My! Crowdfunding Update from Judges Guild (CSIO). Well, three years later (and a final update over two years ago on the CSIO Kickstarter page) and I think we can all agree, CSIO is NOT going to get the Marmoreal Tomb treatment. No publisher is going to swoop in and spend the dollars, nor the man-hours, to fix this failure. Unlike the Marmoreal Tomb, there are no funds left to pay for layout and development. There's nothing left but promises and disappointed backers.

CSIO didn't fail to complete its obligations because of Bob II and Bob III going out in burning flames on social media, it failed because neither Bob II nor Bob III had the faintest ideas about:

Most of all, and perhaps the crux of their issues, is that they lacked simple honesty. With their backers. With their freelances. And yes, even with each other.

This isn't unique to Judges Guild. I wish it was. We see it right now, with companies taking money for products and never shipping them. If it isn't straight-up malfeasance, it's most likely due to one or more reasons stated above.

I am not judging Judges Guild by the social media insanity of its owner but by the incompetence of that very same owner. Bob II has set a new standard that I hope no other companies come close to meeting, but I suspect one or two may actually surpass, and do so with glee in their eyes.

Judges Guild is dead, and its best years were well over 40 years ago. It was a slow death, but a death nonetheless.