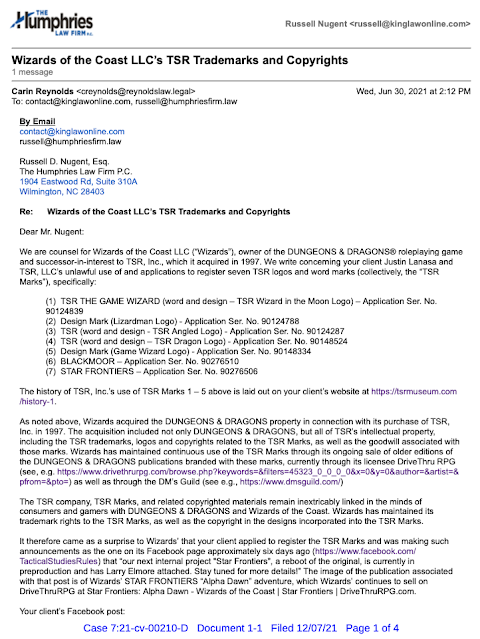 See links above for the filing and Exhibit A.

I'm going to share the rest of the screenshots of Exhibit A: 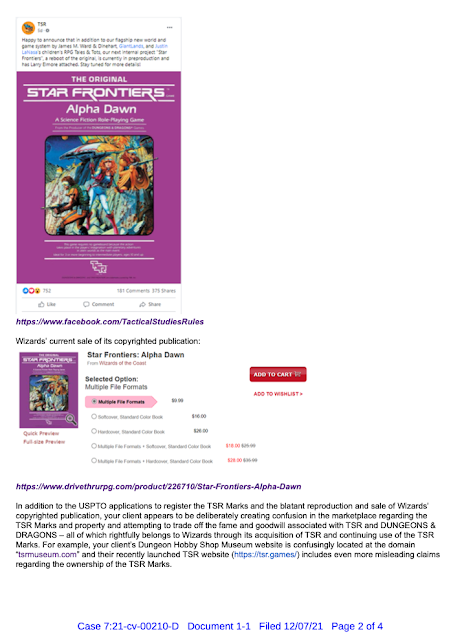 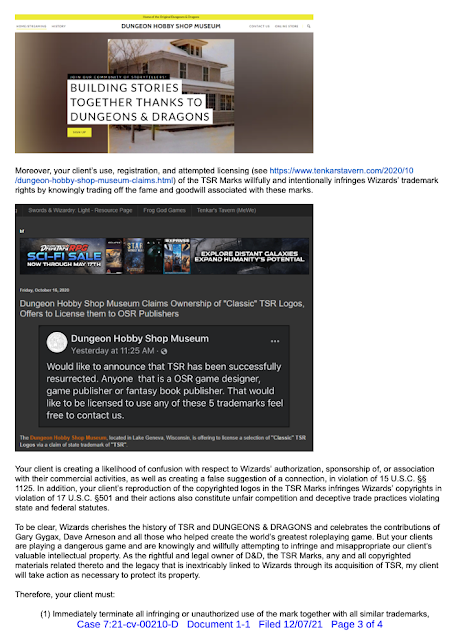 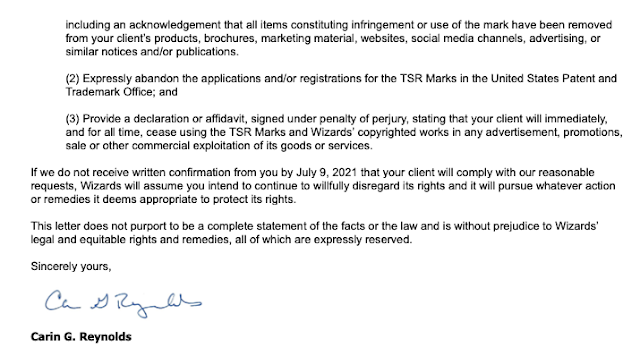 It appears that the announcement of the "new" Star Frontiers title, shared on Facebook with the cover of the original release from the "old" TSR was the catalyst for the letter from WotC's attorney (as it was sent six days after the Facebook post in question.)

This begs the question: how much did WotC actually care about the apparent graphical trademark usurpation by TSR3, before TSR3 committed an unforced foul in using the original Star Frontiers Alpha Dawn cover to announce their reboot? Is this an "in for a penny, in for a pound" situation, where if you don't assert ownership of all, you could lose ownership of all? Also, this email was sent, right around the TSR3 social media meltdown. Was that too much for WotC to ignore? Again, an unforced foul.

From the filing itself, we get some insight into Evil Hat's abandonment of the Star Frontiers TM:

Email ThisBlogThis!Share to TwitterShare to FacebookShare to Pinterest
Labels: tsr3