d20 and polyhedral dice sets designed after and engraved with poop! For gaming, dungeons and dragons, collectors, rpgs, gifts, and more 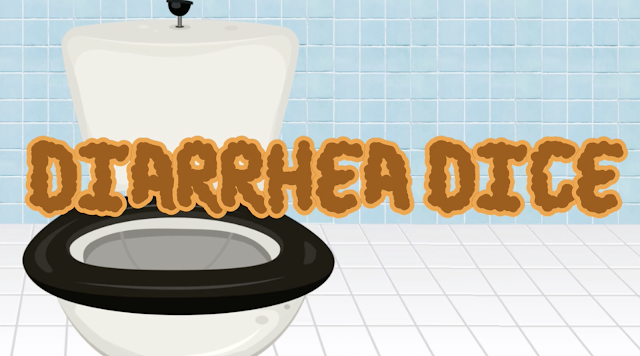 Just when I thought I had seen it all, Critical (S)hit! Diarrhea Dice arrived on Kickstarter. I think we've hit the point where there are now new ideas for dice - but wait! ou get a nice poop pin to go along with your $13 dice set... of poop. 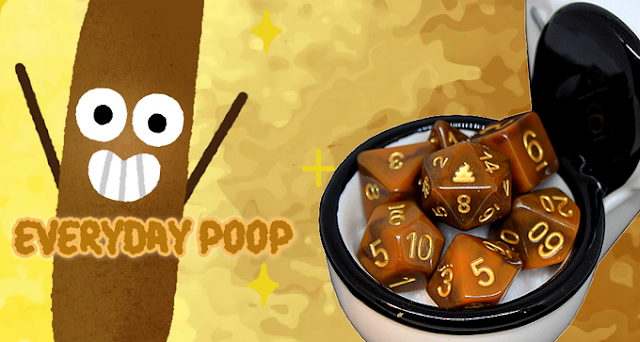 We have seen that many people love the poop emoji and its various forms, so we figured it would be pretty awesome to put a big old piece of poo right on the 20 side of a d20. So that is what we aim to just do! Try to get the funding to make some crappy dice! We also decided that these dice could be extra shitty by adding a whole bunch of poop inspired colors on sets of polyhedral dice based on all the sorts of poop out there. Perhaps you've encountered some of this shit yourself. We're really down to earth, so we had to be real about it but still had to pull off a way to make the dice look cute. You've got your everyday poop, diarrhea, corn infested, and others!

Hopefully none of you are too disgusted by the idea of these dice  - We know there were times when we felt sick (and funny) when designing them because much research and many references were needed (gross). It really was not easy to do, but luckily we had some help from a fine designer based out of Diving Hippo Studio (another Canadian association) who helped us survive the process of getting these dice designed. We pulled through, and now they're here on Kickstarter for you all to pledge for! These dice, if funded, are not going to be only full of humor and silliness, but also look great! They'll be the real shit! One of a kind!

Oh, did we mention that we also want to make some pretty crappy pins and a dice bag for you too? One of them is very nice - for your friends to get you rolling when you game. The other one is for you gamers out there that just want the world to lose. Suck it, losers! Finally, sometimes we've all got crap in life or in the middle of a DnD game where you just need to pull out a dice bag full of attitude. We'd love to make you some golden bags that you can flaunt off in your games!

Finally, we have some related creations for you all to add on if you wish. We've designed a dice tray cut out in the shape of poop so you can roll your crappy dice on them if you so desire! We also had the lads down at Galaxy Gaming Gear design a wicked looking toilet dice tower if you wish to add it to your pledge. This way you can get your crappy dice totally flushed when you're gaming, since you probably always roll 1's and miss the enemy all the time, anyways! May as well send them down the drain!

I get the joke, but ts a crappy one (no pun intended) and 20 bucks after shipping for a shitty joke just doesn't cut it for me.

Fuck. the puns are like diarrhea... they just don't stop!