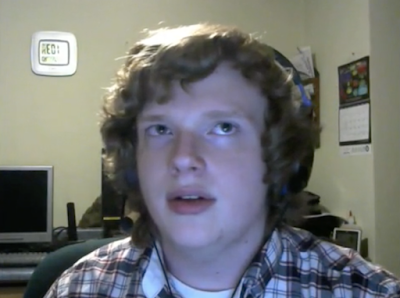 First, let's be clear - there is no way on God's green earth that The Living Dead: Table Top RPG Kickstarter will fund. Now that we have that out of the way, let's use this as a force for good - what NOT to do when setting up your first Kickstarter.

Video - I know everyone says you need a video. That isn't true, especially if your presentation is boring. If all you are going to give us is a talking head, don't do it.

D&D - Don't mention "it" by name, just use the edition. This applies especially to project names and the project pitch:

Need to add - understand the OGL if you are going to go that route.

Preparedness - Have something written. Have an art sample. Edit your  Kickstarter copy for God's sake. This does not cut it as it tells nothing about the setting. Isn/t Walking / Living / Listing Dead all about the setting?

"The game takes place in modern society as the world has fallen to the dead. The cause is unknown and the military has disappeared.Similar to D&D 5e."

"There are currently 7 classes, 25+ backgrounds, companions, details on how to build a safe haven, how to turn your safe haven into a major faction. Vehicles in the land air and sea variety. Zombies currently just slow walking zombies (plan on adding verity as an option). Hunger, thirst, and Humanity system. Feats that are special combat abilities. Large selection of guns,and melee weapons (plan to expand it more) Special ammo such as Armour piercing and incendiary rounds, gun attachments such as suppressors, and fore grips (plan to expand even further) guns (not all) have firing modes for single, burst, and automatic, cover system for combat. apocalypse stages system and infection."

Risks - The risks with this project are not the ones spelled out in the "Risks" section: "The risks are not getting things done on time witch is why the current date is set to end of 2020. That is not the planed date a timeline will be shown once the goal is reached. Those are there for worst case scenarios. It also is to make a game that fans of D&D can enjoy. As a guy who recently has just recently come to light of this world I will need play testers to help me balance it. I'm merely one man and I can't find very error or fluke on my own. "

I see risks associated with how the "risks" are detailed.

Pricing: This is a two-pronged situation - You need to set your pledge levels at a point that you entice backers while still making some money from each pledge AND you need to set a funding goal that raises enough money to go forward while still being attainable.

$25 for early access to the rules - basically, you're playing to playtest.

$50 for a special thank you in the book - and the playtest rules.

$100 to get a copy of the book "and all previous award". Doesn't mention if that is a physical copy or not.

That's asking for a sizable investment from potential backers with little given back in return. 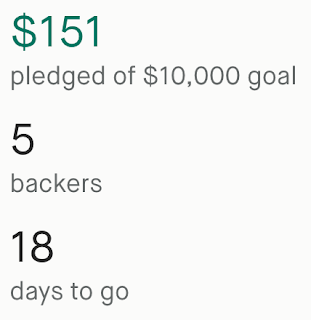 Before anyone complains that I'm "picking on a kid", he's 19 and studying Criminology. He can vote. Hopefully, he doesn't ;)