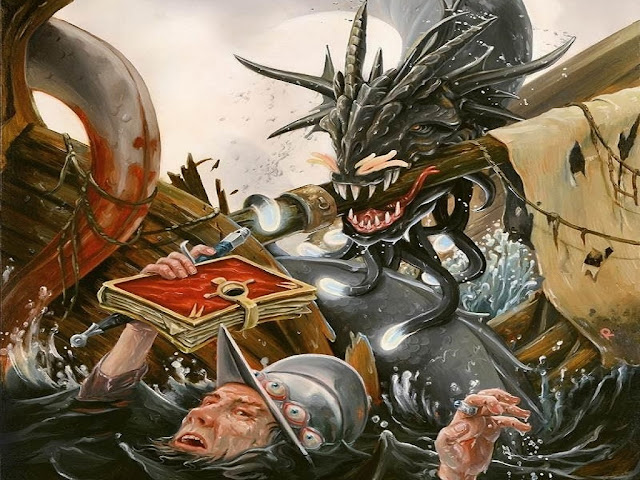 I like Autarch. I like the company a lot. They managed to salvage Dwimmermount and the Adventurer Conquerer King System (ACKS) is a solid system that my group will be returning to in the new year. It annoys me to no end that their Lairs & Encounters Kickstarter has escaped my notice until now. It's funded with 11 10 days to go.

Needless to say I backed this the moment I saw it, but for the curious, this looks to be an amazing sandbox tool. Here's the skinny right from the kickstarter:


Lairs & Encounters is the ultimate supplement for fantasy RPG sandbox campaigns. Designed for use with the Adventurer Conqueror King System™ (ACKS™), it is readily compatible with other fantasy role-playing games built on the same core rules. In Lairs & Encounters you will find:

- More than 135 ready-to-play monstrous lairs - that's at least one lair listing for every possible monster lair mentioned in the Adventurer Conqueror King System. The lair listings are designed to be used both as dynamic points of interest that can be discovered while wandering through the wilderness and as obstacles to a would-be ruler’s attempt to secure land for a domain.

-New subsystems for sandbox play, including rules for populating 6-mile hexes with lairs based on the terrain and extent of settlements in the region, and rules for searching for lairs in the wilderness factoring in terrain density, aerial reconnaissance, splitting up to cover more ground (never split the party!), and more.

-A complete system for taming and training monsters, with details on the lifespan, roles, tricks, trained and untrained value, supply cost, training period, and the trainability modifier of every monster in the game.

-A complete system for creating your own unique monsters. In the ACKS Player's Companion we gave you mechanics to create balanced new character classes and new spells; now we bring our same rigorous attention to balance and customization to monsters.

Even better is that you get a draft copy in PDF when the Kickstarter funding completes. Damn skippy! I won't have to wait to start putting it to it's paces ;)