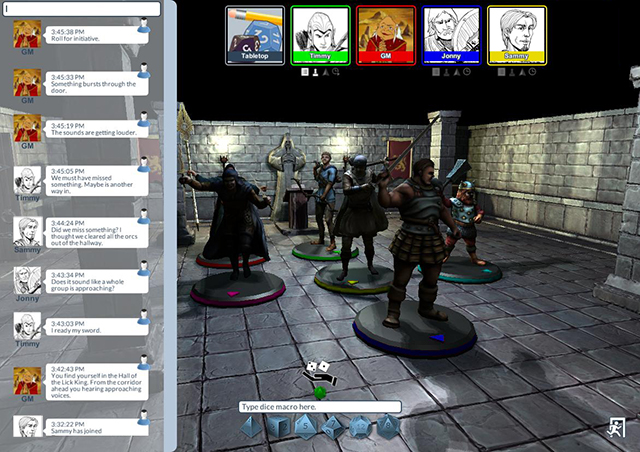 I back LOTS of Virtual Table Tops on Kickstarter. I like VTTs in general, even if the only one I've ever used as a GM is Roll20.

Tabletop Connect was an interesting project when it was kicked on Kickstarter 2 years ago. It raised over $34k and is about a year late on projected delivery but that is not unexpected. Software plus Kickstarter usually means later than sooner.

This isnt the first VTT merge either. Roll20 is itself the result of a successful merging.

Time will tell whether Smiteworks acquisition of Tabletop Connect leads to major changes in the Fantasy Grounds interface, but it should be interesting to follow in the near future.


I am pleased to announce that Tabletop Connect has been acquired by SmiteWorks USA, LLC, the developer of the industry leading Fantasy Grounds virtual tabletop. As part of this acquisition I will be joining the SmiteWorks team to accelerate the port of Fantasy Grounds to the Unity platform. "

Doug Davison, President and Co-Owner of SmiteWorks added, "We have a distinct vision of what virtual tabletops can and should look like over the coming years and how Smiteworks can accomplish those things with Fantasy Grounds. For that reason, we began porting the core engine for Fantasy Grounds to Unity so that we could streamline and enhance the experience for players and GM's alike and distribute it more easily across all platforms. We've been following the progress of Tabletop Connect since it launched on Kickstarter and we've been very impressed with what Carl has been able to produce as a one-man operation. He shares the same vision we do on many areas and brings a unique level of talent, passion and creativity that is very hard to find. After some great one-on-one discussions, we believe that together we can do more than we could working separately. Work has been progressing on the Unity rebuild for the last year and I am genuinely excited about how the addition of Carl to the team will allow us to speed up the completion of this project and provide additional enhancements to the resulting product. "

During the development of Tabletop Connect your feedback and support have been invaluable. This is a unique opportunity to contribute to the next generation of virtual tabletops and to deliver the experience that you deserve.

As a backer of Tabletop Connect, you should soon receive the details of the realignment to Fantasy Grounds and your options during this transition.

Sincerely, thanks again for all of your support and I look forward to you joining me on this exciting new adventure!