DCC Does NOT Stand for "Disney Crawl Classics" 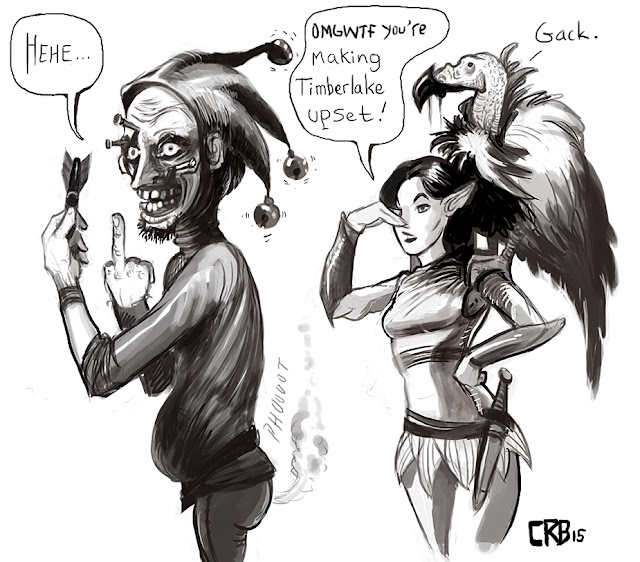 We had WAY too much fun playing DCC RPG last night. Who was we? +Jason Paul McCartan in the driver's seat and +Craig Brasco (that's his art above), +Keith J Davies , +David B and myself (with +David Przybyla as an observer of sorts for the first bit.)

Some highlights of the funnel?

Craig's Jester taking a trap of nails to the face. Down for the count but survive the "rolling over the body" bit. Decided to leave the three nails right where they were, which didn't help much in the bar but boy was it entertaining.

David B's Solicitor and her "elven falcon" pet, which just had to be a vulture. My God but her non stop mouth was a running joke.

There's a crapload more but the laughing was so contagious the details are hazy. Probably the most fun I've had in a single game session in years.
Posted by Tenkar at 10:26 AM