First Session of Far Away Land Completed - And it was DAMN Good! 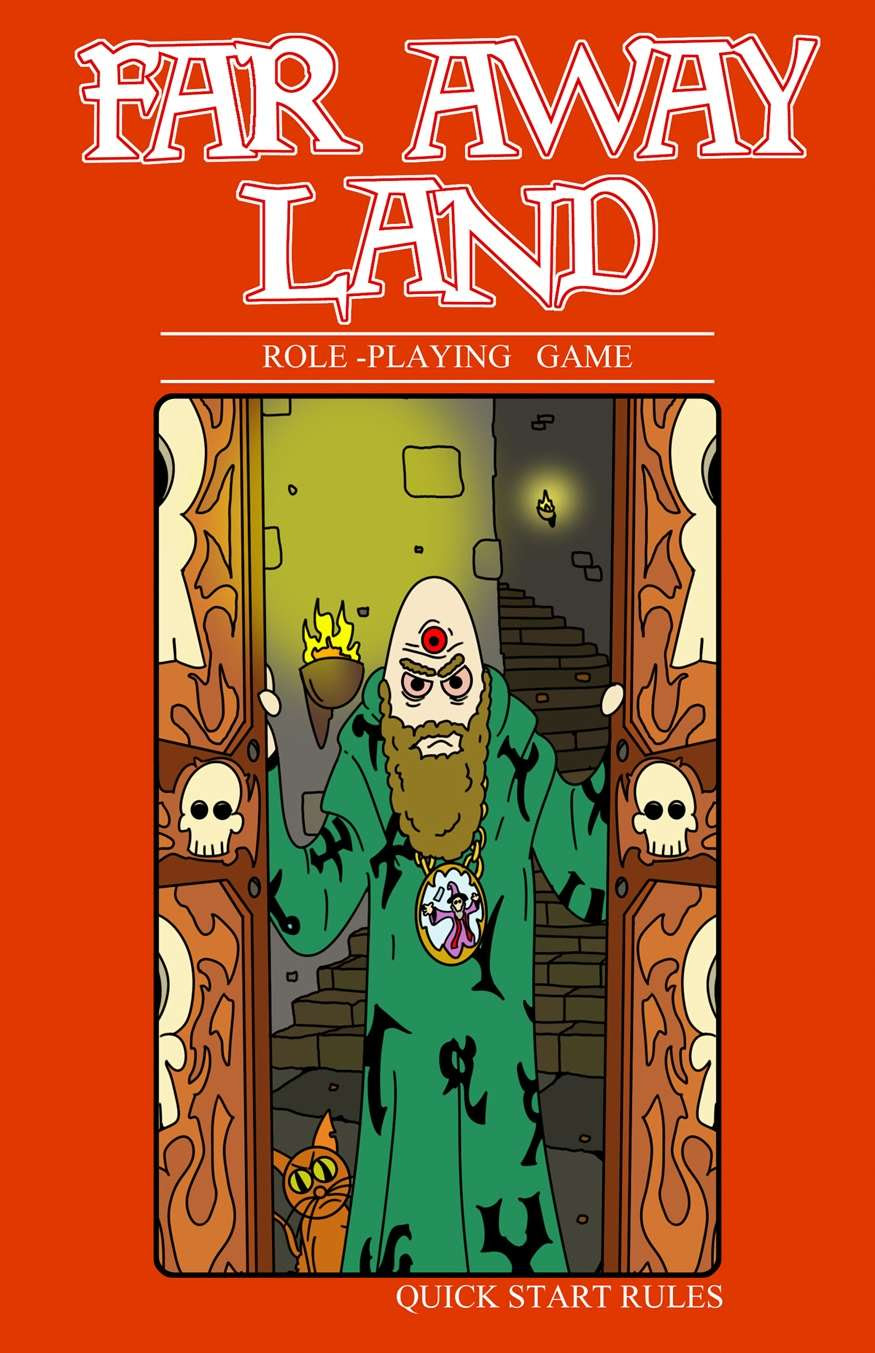 You know how sometimes an RPG reads really well and then falls down in actual play? Far Away Land reads really well, almost intuitively, but I hadn't had a chance to run it until tonight (we've been having a blast playing in +Joe D 's Blood Island game.)

With the recent release of the Far Away Land Quick Start rules, I figured now was a good time to get back behind the virtual GM screen and get a session or two of Far Away Land in before I run it at NTRPG Con in two weeks.

It went smoother than I could have ever hoped for.

Most of my group hadn't even read the Quick Start before we started the session, which was disappointing on one level but excellent on another - I got to experience how long it will take to go from "here's the rules" to "create a character" to "lets roll." The answer to that is about 20 minutes. Hot damn. So, as I had originally planed, my players at NTRPG Con will be creating characters at the beginning of the session using copies of the FAL Quick Start rules.

Combat went very smoothly. A bit swingy at times, but it wasn't so swingy that they were turned off by it. If anything, it kept the combat exciting. While none of the PCs were knocked out or killed, there were moments of "oh shit, one more hit and you could be dead." Leveling won't change that much, as +1 HP per level is going to keep the damage receiving potential of the PCs in check.

Magic use was pretty intuitive and the players grocked it right away, which was nice to see. I didn't see a rule in the quick start for shooting into melee, so I'll need to search the Tome of Awesomeness. If not, as a group we've pretty much come up with a decent houserule.

I ran Temple of Zoko and the players managed to reach the island with the temple about 3 hrs after we started our session. They created characters, spoke to a witch and answered some riddles (and got some answers to their questions), surprised their own ambushers in the forest, beat up some goats, killed a cyclops and recovered a neat sword, killed some elven pirates and avoided getting possessed by Lake Phantoms while still making it to the island.

My group was enthusiastic about the FAL system. Some random (paraphrased) quotes:

"Plays fast and lose and the rules get out of the way."

"Take it to the pub with your non-gaming friends. They can raid their kids' board games for the D6s."

"This is a good place to stop. Pick up from here next week?"

"You ran this before, right? No? Could'a fooled me."

So, it looks like my "Tales of the Ratcatcher" campaign for White Star will be pushed back just a wee bit ;)

P.S. As an aside, I ran this will just the Far Away Land Quick Start Rules and the Temple of Zoko, both offered as PWYW. I referred to the Tome of Awesome once, for a rule that WAS in the quickstart but somehow I had missed. There is a lot of gameplay available with little or no "out of pocket" risk.