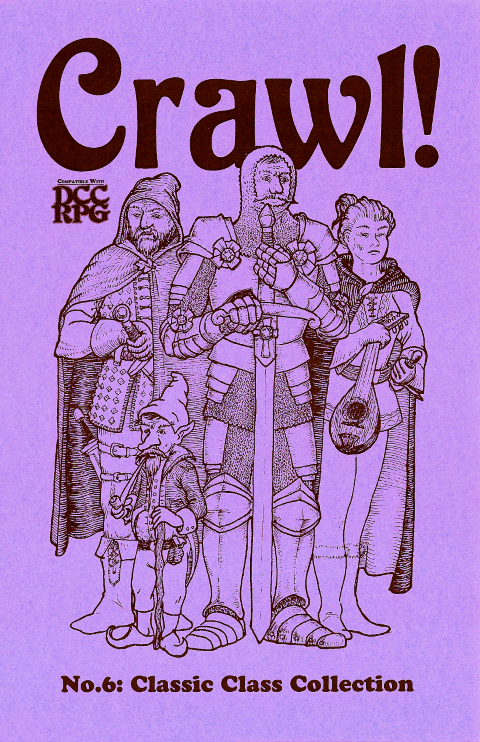 We wrapped up +Craig Brasco 's DCC RPG funnel last night, and the whole experience was a blast. I fully expected Graygor not to survive (total adds + 7 and 7HP) but survive he did - barely. He did have to cast his one shot use of Spider Climb.

My Cooper used a flaming barrel as an effective distraction in the final encounter - I knew there was a reason he was carrying it around ;)

In the end, for 3 players and 12 initial 0-level PCs we had 4 survivors - 3 were mine. That was literally, pure luck. +Keith J Davies , who lost his last PC in the final encounter, inherited the Cooper.

So, now it becomes, what class does Graygor take? The other survivors are leaning towards cleric and wizard. Do I become a thief with a Luck of 16 and no Agility modifier. Take a fighter? Use one of the classes from Crawl #6 perhaps? Both the bard and the paladin look like fun. Heck, so does the ranger, but I got a kick ass two-handed sword as a reward at the end of the adventure, and it wouldn't fit the ranger as written all that well. Whatever class I chose, he gets + 4 to HP each level, so even a d6 becomes 5-10 HP per level ;)