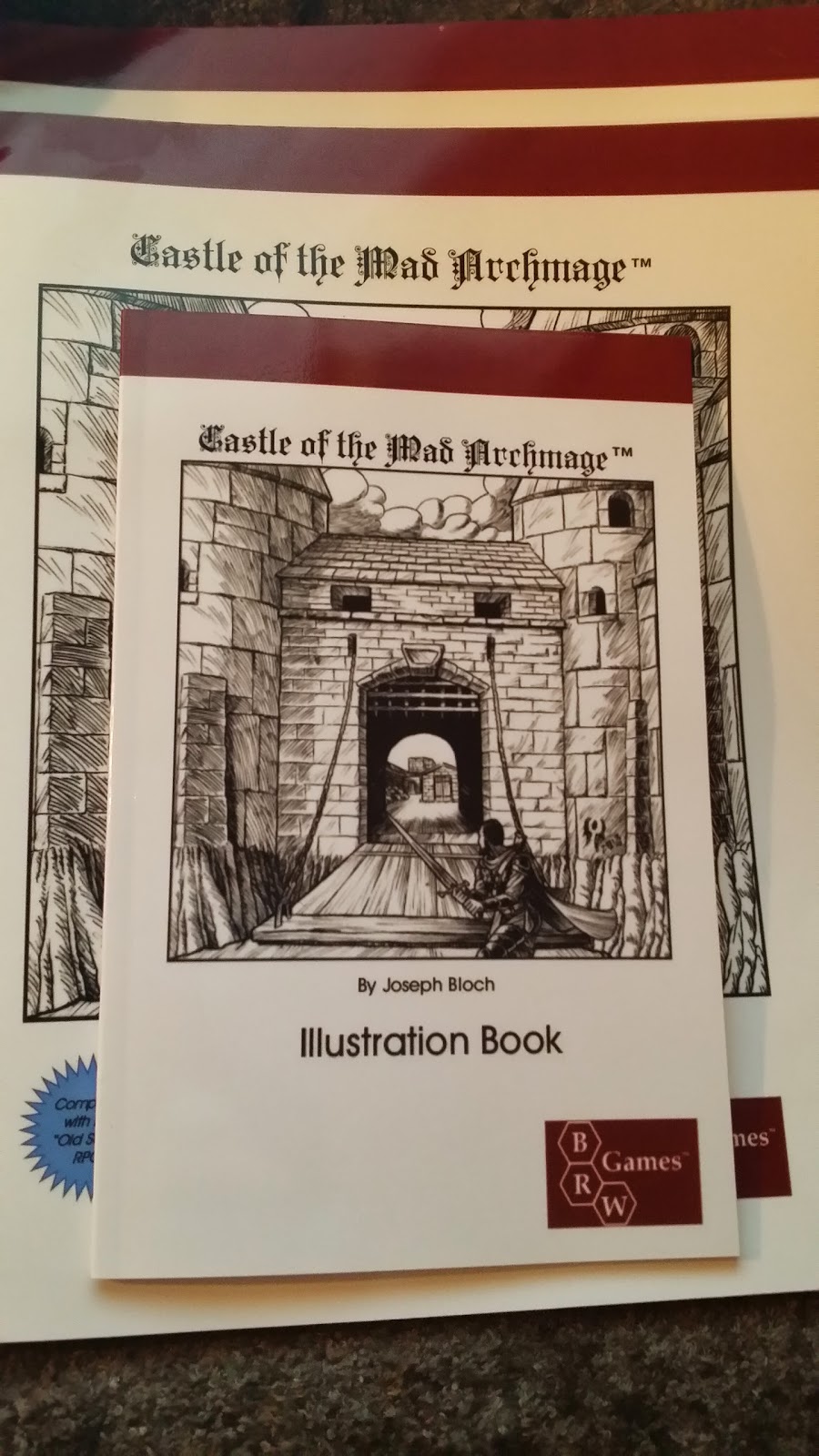 The infamous "B Team" has their once a month session last night, which was also their second session delving into the depths of the Castle of the Mad Archmage. Whereas the party virtually trounced through a sizable amount of territory on the first level of the dungeon last session, this session they decided to explore the 2nd level, and dipped their toes, intentionally and unintentionally, into the 3rd level.

- while the lack of a thief in the party is less than ideal, the party has done well with crowbars and hammers
- given the choice between a thief and a cleric, I suspect they'll always pick a cleric going forward
- giving incrementally increasing "exploration XP" as they explore the dungeon works as an amazing carrot. I'm still giving XP for gold and monsters defeated but no longer adding the discretionary XP I would add to a session. As the session went on, it was much like watching a game of craps at Vegas ;)
- a 1/1 cleric / magic user on the 3rd level of a megadungeon is extremely squishy. +Tim Shorts did an excellent job in not being completely squished.
- the Sleep spell really is magical at lower levels

Now, I rarely run anything "as written" these days. It's just the nature of the beast - no commercial product will ever be a perfect fit for the type of game I want to run for my groups. Sometimes I make a pencil change or note as I do my read through, but other times I just make a mental note and make the change at the table.

Also, prep usually covers where I expect the party will explore and skim the next "layer" or areas and locations. I did not expect the players to venture down to the 3rd level, and was therefore not prepared for it (although it is a snap to grab maps and drop them into Roll20). A well done megadungeon doesn't drown you in room descriptions. A good DM should be able to keep a few rooms ahead of his players by reading the sentence or two for each room in a given area and filling in the gaps for the rest. Castle of the Mad Archmage allows for this, and that is fucking awesome. We hardly missed a beat when the group dipped their toes into the 3rd level, not once but twice. Stonehell is the only other megadungeon I can think of that comes close.

+Douglas Cole has a play report of the session over at the Gaming Ballistic Blog as does +Peter V. Dell'Orto over at Dungeon Fantastic

Email ThisBlogThis!Share to TwitterShare to FacebookShare to Pinterest
Labels: b team, castle of the mad archmage, session recap