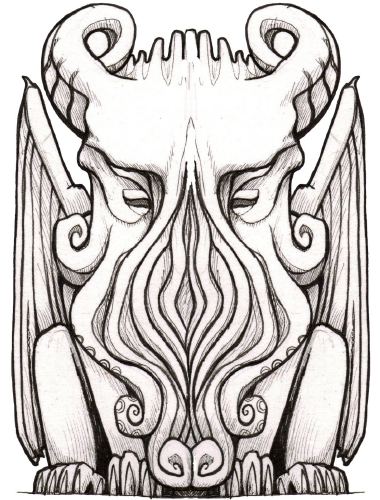 I should be tackling Task Rankings and such and breaking it down into my own words for the 2nd part of the Adventure Fantasy Game review, but I really can't explain it better than the rules themselves do:

Practice makes perfect. A character can become an EXPERT in a Task by spelling out the word EXPERT next to it. This means that the character gains a permanent +1 on all 5MORE checks for that particular Task.

Practice must be meaningful: doing the same action over and over again, like picking the same lock, does not provide additional letters unless in novel and stressful circumstances. For example, picking a lock while being shot at by the city night watch. The Referee is encouraged to put a limit on how often EXPERT letters are gained; a letter per encounter or scene is a safe limit. Beyond EXPERT, further bonuses may not be gained in this manner for a particular Task, except by achieving the proficiency of a MASTER.

Once a character has become EXPERT in six Tasks, he or she can claim the title of MASTER and add "Master" before their name. At that time, the player shall select one, and only one Task the character is already EXPERT in and shall receive a further bonus of +1 on all 5MORE rolls in that Task. The word "EXPERT" next to the Task will be erased, to be substituted by the word "MASTER".

For example, it is possible for an EXPERT Climber (who is also an EXPERT in five other Tasks) to choose to become a MASTER in Climbing for a +2 bonus. If the MASTER Climber has a high PHY, the total bonus of Climbing rolls will be +3.

Basically, you get better by doing, in much the same was RuneQuest (at least in 2nd and 3rd editions handled it). Want to get better at picking locks? Pick some locks WHEN IT MATTERS. Working on a practice lock in your room doesn't have the same potential.

Now, on to Divinity. In the Adventure Fantasy Game, worship makes a difference. The powers that be, whether that is a god, demon, spirit or the like are powerful and spiteful. You want them on your side. There is a lot of open ground here, as AFG "does not provide hard and fast rules to simulate this interaction" between the divine and the mortals looking for their help, blessing, intersession and the like. It does, however, provide the GM and his players with an ample sample of divine beings and the type of people that worship them - their cults, if you will (again making me think a bit of RuneQuest)

Here's a piece from the section on Cthulhu (any fantasy game that includes Cthulhu in it's mythos is starting off strong in my book ;)


Cthulhu worshippers are of two kinds: those venerating the endless cycle of life and death and those trying to awaken their master, so that everything will be eaten and born again. This last bunch is seen as problematic by a lot of people, so both kinds of worshippers organise as mystery cults. The fi rst one hides behind a layer of pagan, nature-worshipping practices, while the latter is simply reclusive.

It's unclear whether Cthulhu rewards worship: occasionally some cult of the second kind starts kidnapping and sacri ficing a lot of people. While this is known to have a benefi cial eff ect, it's unclear whether the benefits come from Cthulhu or another Venerable.

What's certain is that this kind of behavior is frowned upon by authorities and common people alike, and many cults have met their end at the hands of guards and angry mobs. It's not necessarily true that these cults engaged in this kind of behavior (or worshipped Cthulhu), but a few disappearances can easily be blamed on any suspect cult.

There is a lot going on in those three paragraphs, and there is more going on than the sample I grabbed. Good stuff, and easily used with the system of your choice, as the divine section is systemless. Actually, the whole of the divine section / sample cults is inspirational (figure that) and could easily be transferred to a different ruleset.

Next part I expect to touch upon magic and spells.
Posted by Tenkar at 7:39 PM