An Ars Magica PC Game Kickstarter? It's So Crazy, It Might Just Work 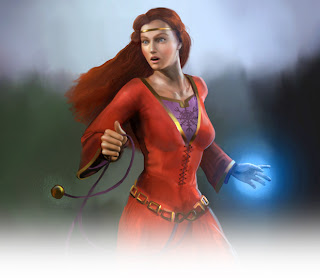 I just stumbled across the Ars Magica video game Kickstarter. I've never played it, but I did find the rules intriguing during my earlier role playing days - I just never had a group that showed any interest in playing it. I know it has a following, as it's in its 4th? 5th? edition.

I don't know if that following will convert to $290,000 worth of support for a fantasy computer game that doesn't follow the usual tried and true generic or Forgotten Realms fantasy type world.

27 days to go - just under $20k raised - so it doesn't seem likely but it sure would have been interesting.

I haven't seen it pop up on any blogs that I read or my G+ feed, so it could be that the greater RPG world hasn't even heard about this one. It's a shame the Shaker guys couldn't have shifted their funding to an established game with an actual direction.