Well, I've probably spent most of my day so far watching paint dry - I mean, watching Hurricane Irene coverage on TV, which apparently happens at the same time frame as paint drying.  Waiting isnt the hardest part - so far its the only part. 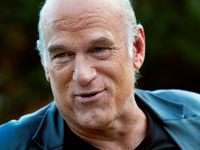 I've seen FEMA mentioned a few times so far today for their role in digging us out of the aftermath of "Hurrigedon!" or whatever the news will wind up calling it, and I thought back to the conspiracy research I did in the years after 9-11.  I felt a need to know what the fringe believed, because it's much easier to make your point when you know where others are coming from.  So I delved into the world of Jesse Ventura and his ilk, a world of thermite paint, remote controlled airliners, contrails, FEMA death camps, UN world domination, shadow governments and the like (this was years before his TV show, which I've yet to see).

Does anyone know of a game or gaming supplement that starts from the baseline that ALL the recent conspiracies are true?  It would be a bit over the top, but would make an excellent alternative modern setting IMHO.
Posted by Tenkar at 4:08 PM

Email ThisBlogThis!Share to TwitterShare to FacebookShare to Pinterest
Labels: conspiracy