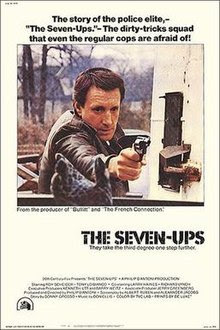 Roy Schneider plays the lead role in this gritty NYPD cop drama.  This is one of those movies I've been told to watch for the last 15 years, so I finally picked it up at Amazon.  Not bad (not as good as Fort Apache: The Bronx IMHO) but it does have the best (and possibly longest) chase scene I've ever seen in a movie.  If you know any of the major streets and locations in the NYC area, its even that much better.

The Seven-Ups squad itself would work pretty well in any modern RPG - either as something for pliers to belong to, or as an adversary.

Back to reading The Secret Fire.  More on that in the morning.