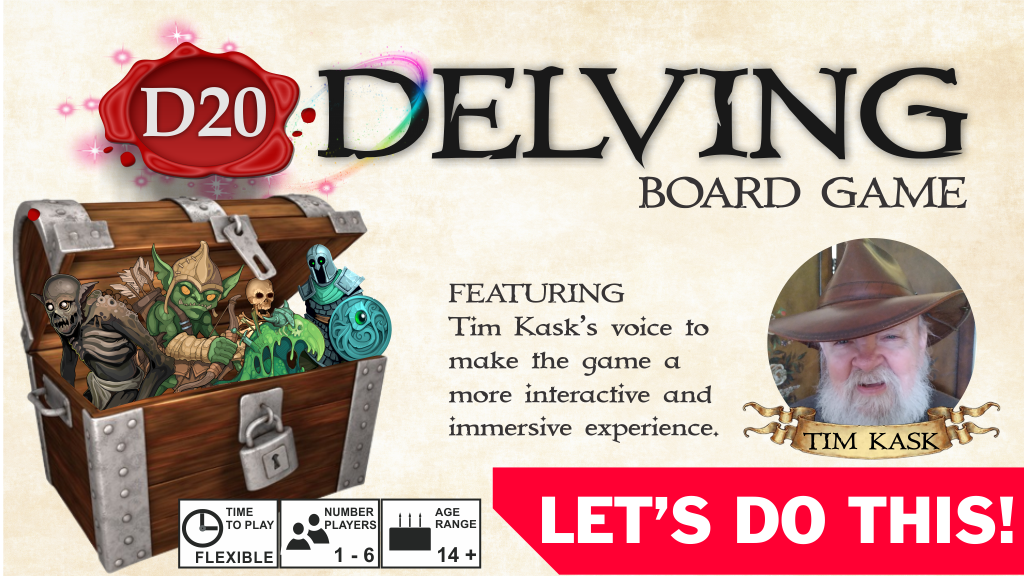 Ah, D20 Delving. I was a very early backer the first time around, which did not fund, due in part to the trolling of a certain individual that will not be named (no - it's not "Candyman" ;)

The Board Game D20 Delving Kickstarter is nearly funded this time around, with over two weeks to go in funding, and I'm excited. Don Semora is a good game designer and an honorable man, and I'll take that combination any day. As for releasing on target, Don has his own printing facility, so the number of things that can go wrong out of his actual control is minimized.

Did I mention Tim Kask doing voicework for it?

I'm a backer of The Board Game D20 Delving Kickstarter at $120, which included the Krampus expansion pack, but you can get the game for as little as 70 bucks for the base game.