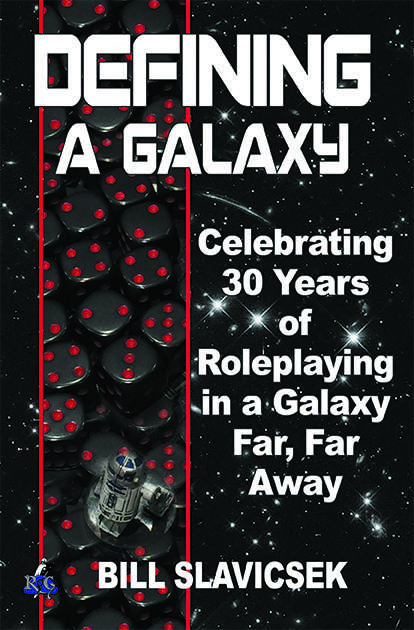 Holy shit! I can't believe I almost missed this Deal of the Day. Its a look at West End Games Star Wars RPG and the influence it has had on the Star Wars IP. Defining a Galaxy is on sale for 2.38, regularly 7.95 in PDF. Print is 9.99 if you want the PDF with it.


In the late 1980s, Star Wars was becoming a fading memory. The movie trilogy had concluded. The comic books and novels were winding down. The action figures had run their course. As the franchise celebrated its tenth anniversary, there was a new ride at Disneyland and … not much else. Not until a small hobby game company released Star Wars: The Roleplaying Game and The Star Wars Sourcebook. And suddenly the galaxy began to expand.

This is the story of how a group of dedicated fans and gaming professionals helped pave the way for the Star Wars Expanded Universe — as told by one of the original architects! This book explains how material created for roleplaying games helped shape the Star Wars universe — and continues to influence it to the current day.

Email ThisBlogThis!Share to TwitterShare to FacebookShare to Pinterest
Labels: deal of the day, star wars