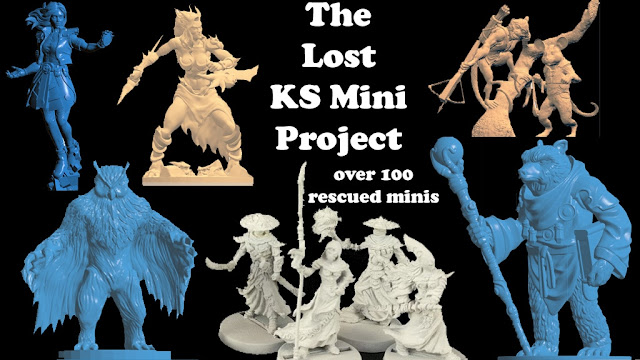 I should note, these minis are 3d prints. They are not metal and are not Reaper Bones either. I've seen some recent 3d printed mins and ecept for the color I couldnt tell a difference in detail between them and metal (that being said, my eyes aren't what they used to be ;)

So, which miniatures lines are available in this Kickstarter?

I'm seriously tempted by the Breachworld minis myself. Damn it! heh

For those asking "what's the deal with the Torn Armor minis and Kickstarter?"

One of the group of STL files I was able to purchase was the STLs from the Torn Armor KS project that funded but failed to deliver.   While I have no connection to that project at all, I will work with you to get you some/all of the miniatures at cost + shipping.   I set up a special $2 reward level to assist with handling this.

Note: the "I" referred to above is Tom Anders, not your bartender :) 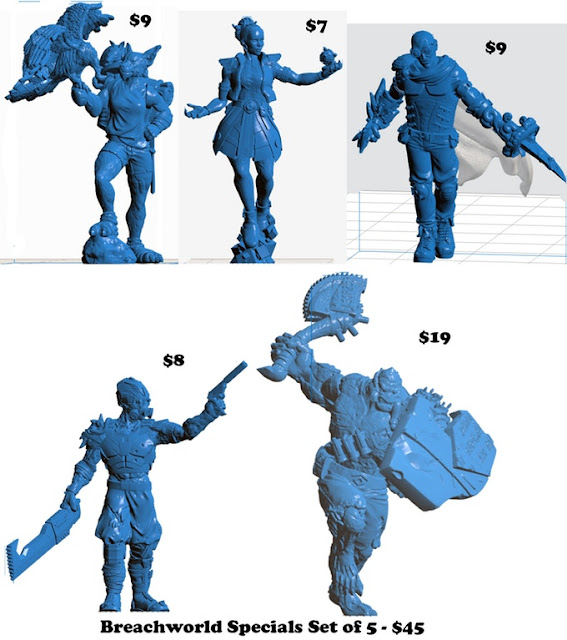