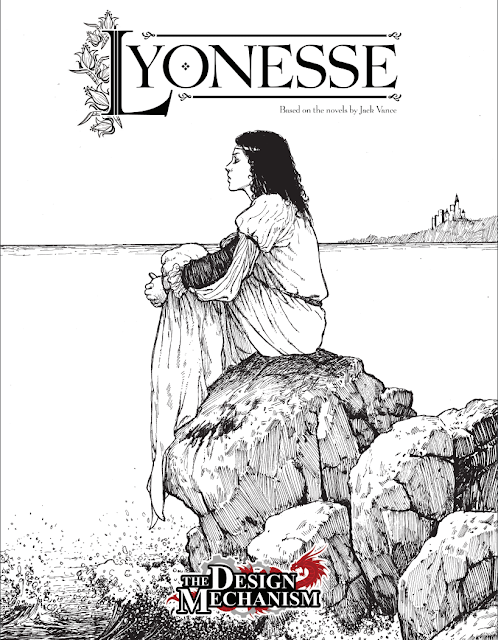 I must admit, I've never read any of Jack Vance's work. I guess that gives me an Appendix N demerit or something.

In any case, The Design Mechanism has secured the license to produce an RPG based on Jack Vance's Lyonesse Trilogy. It will be a stand-alone game built on the Mythras RPG, which itself is a descendant of RuneQuest 6. Then there are the Mongoose OGL versions of RuneQuest (later named Legend) that came before.

In any case, here's a bit of the press release:


Jack Vance’s high fantasy masterpiece, Lyonesse, is brought to life in a new roleplaying game by The Design Mechanism. Licensed and approved by Spatterlight Press, Lyonesse is a standalone game based on the acclaimed Mythras system.

Using The Design Mechanism’s Mythras mechanics, the Lyonesse roleplaying game is presented as a standalone game with all the rules necessary for play.

The development of the Lyonesse roleplaying game will be documented from time to time on the Design Mechanism’s website and forum. Work is well underway, and the game is anticipated to appear between late 2019 and early 2020.

You can read The Design Mechanism's blog for a larger summary here or the press release here. Or go to ENWorld, where there is a summary and no links to the source. Almost makes one think they had an exclusive...
Posted by Tenkar at 3:51 PM