Kickstarter - There and Back Again: An Anthology of Travel and Gaming 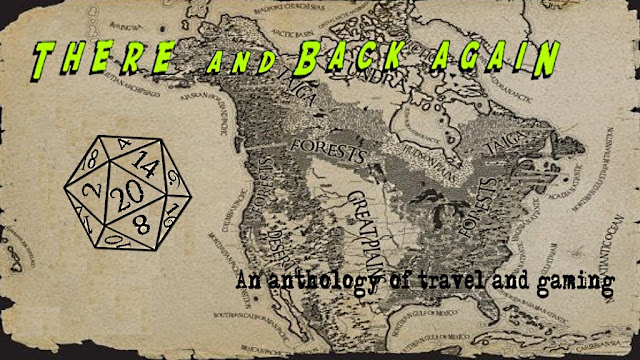 You ever come across a Kickstarter and think "Wow, I never would have thought of this. It's amazing!" Yeah, There and Back Again isn't one of those for me. Instead, it's more of an "I don't know what to think of this..."

What we have here is a book aimed at gamers but not about gaming. Instead, its "An anthology of how travel impacts tabletop role-playing games, featuring stars in the RPG industry."

Now, who are those stars, exactly? Eddy Webb, Mikey Mason, Lynn Hardy, Dan Repperger, Jack Norris, John Houlihan, Linda Mercury and Jason Durall. I recognize one name off the bat, a second when you point out there is a podcast host in the mix. I wouldn't exactly call the list stars, but they are certainly involved in the hobby.

What kind of essays are included?


I see a very niche project here. One that probably won't fund. I'm not sure if that's good or bad. It simply is.

The creator has five prior Kickstarters, three failed to fund. All book / fiction related. So, does that mean he's willing to take chances or that he doesn't know (or hasn't found) his audience?

Email ThisBlogThis!Share to TwitterShare to FacebookShare to Pinterest
Labels: kickstarter, things that make you go Hmmmm