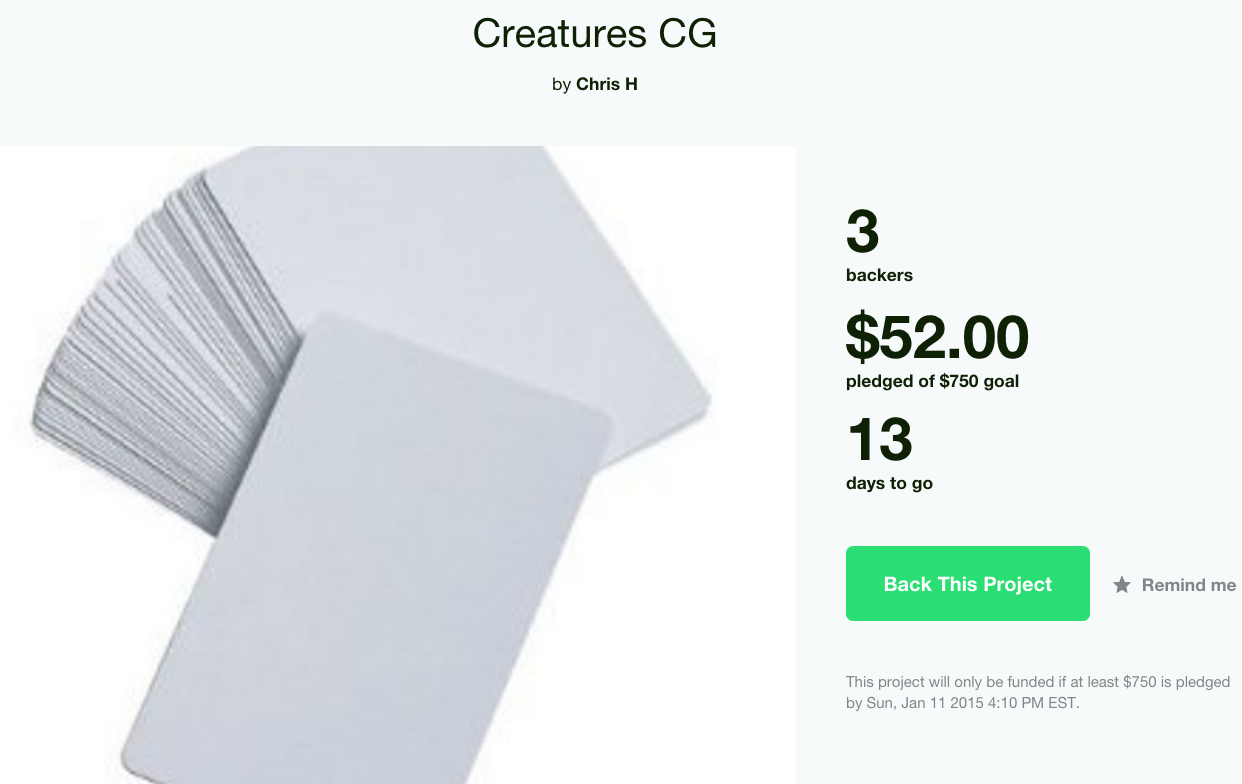 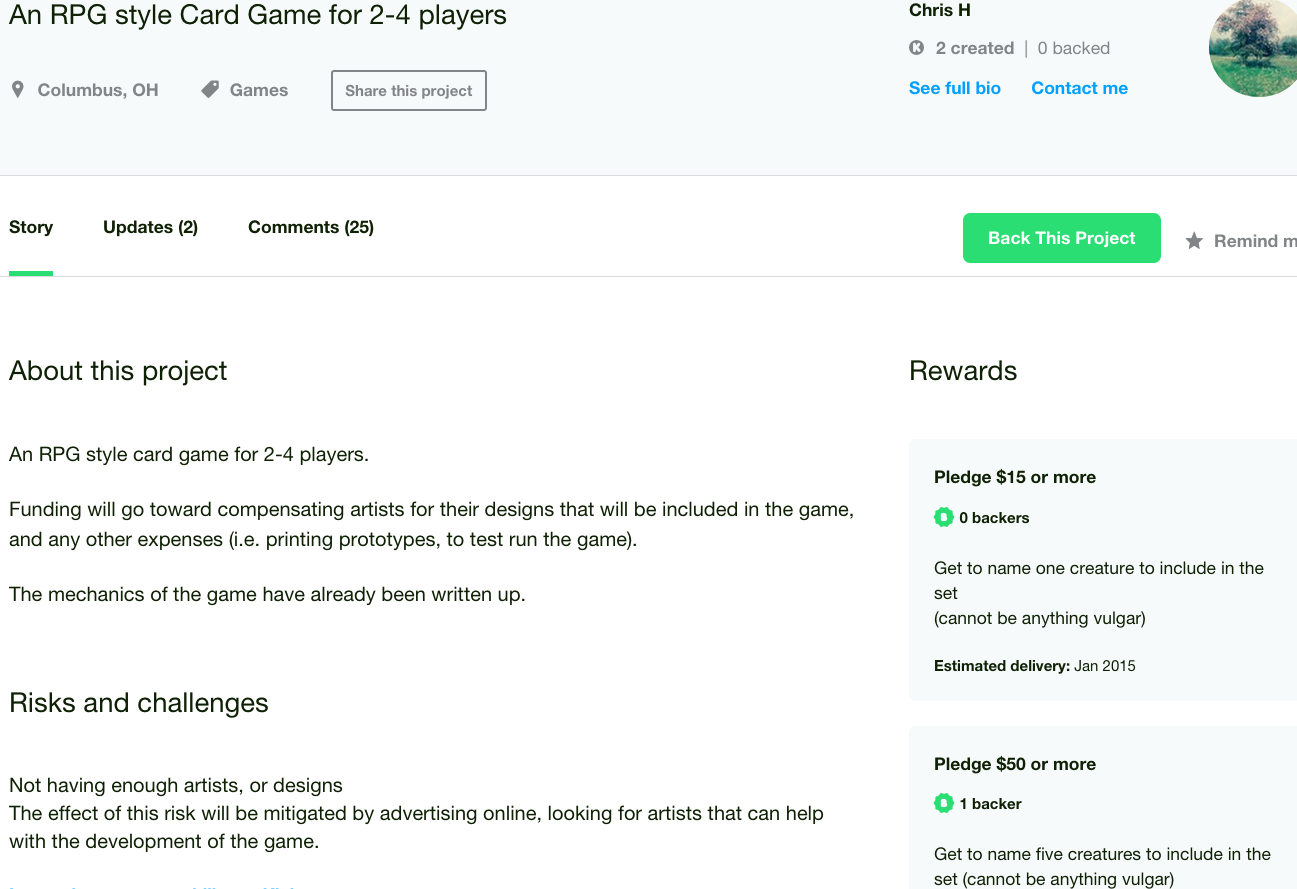 Lets see, what can we say about the Creatures CG?

No sample art, sample text or hints at game play.

No rough layout of the cards.

A whole lot of nothing.

Even better, the rewards allow you to name creatures to be included in the set but doesn't include a level where the actual game is a reward.

I'm guessing 75 creatures or so for the deck, but that is only based on backer levels

Even better, Chris H's previous failed Kickstarter? A Chocolate Cookbook where you could submit an ingredient with a 5 dollar pledge. His goal? 2k - he raised 5 bucks. I'm guessing the ingredient suggested was a whole lot of nothing...