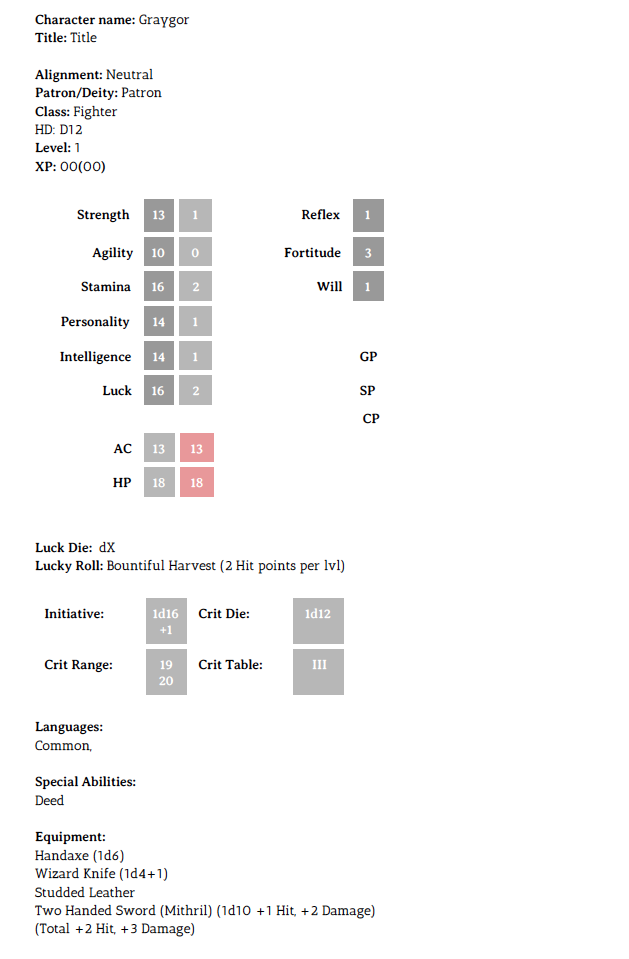 After Greygor, the woodcutter with the amazing stats survived the initial funnel, the hard decision was which class to go with. I was leaning heavily on either a paladin or a bard from Crawl!, but in the end went with the simple warrior. There is something about +4 to HP every level with a d12 for hit dice that is hard to beat.

He'll mostly be wielding a well crafted but non magical two handed sword he was rewarded with at the end of the funnel, so he will strike slow but hard. Oh, and take one hell of a beating.

The two other PCs are a cleric and a thief. All the halflings died in the funnel :(