Lamentations of the Glory Hole - or "The Lost City" 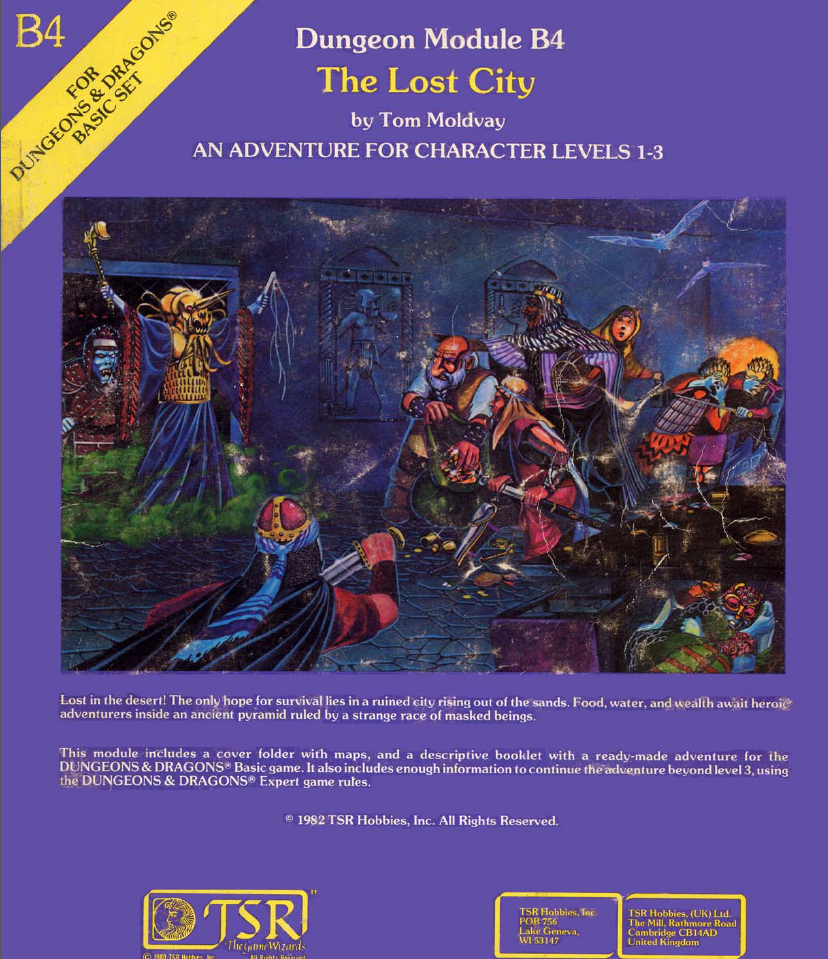 Well, actually, adventuring in The Dwarven Glory Hole was back in March, it just wasn't until last night that the phrase "Lamentations of the Glory Hole" came to us, as we are using a heavily houseruled LotFP Weird Fantasy Blood Island setting when +Joe D runs the sessions.

Last night we hit B4, The Lost City. "Lamentations of the Lost City" just wouldn't be the same.

My Viking Berserker killed a beetle with a glowing ass. He cut off said glowing ass and stuck it on his helmet (Int 5, Wis 5, Cha 8). Which kinda made him head negotiator when the worshipers of glowing shit and he crossed paths.

Leading people to the light above so they can be killed by fellow vikings is awesome.

I hate bees. Especially the 1' long ones.

Killing small winged creatures that can curse you and wearing their wings from your helm like a Valkyrie while still having a glowing beetle ass on said helm.

Anyone have a visual on a Viking Berserker wearing a glowing beetle ass and fairy winds on his help, let me know. My google foo is failing...
Posted by Tenkar at 7:42 PM