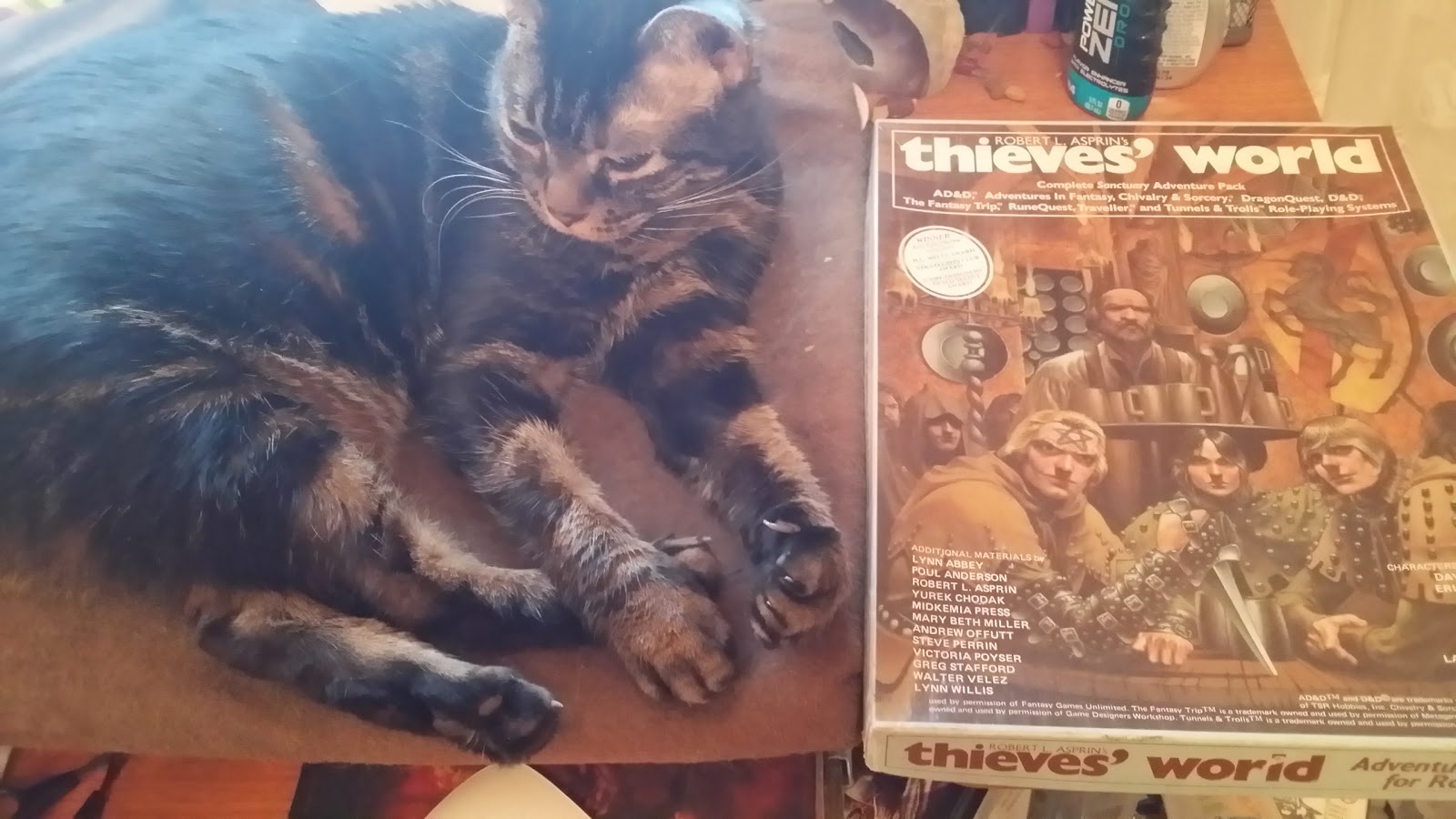 I really enjoyed the first couple of Thieves' World books. Later ones seemed to be much less enjoyable, but the first three or four were simply aces and I could see myself running a campaign in the city and the surrounding area.

I wasn't able to make it work in my head in D&D terms, and at that point in my gaming history we had already played some RuneQuest and moved on, or back, to AD&D as our fantasy ruleset of choice.

Damn but I can see this playing out in my head right now as a S&W sandbox. Lots of adventures, few dungeons, lots of intrigue, few magic items but the ones found will have history and power and overall lots of fun.

The encounter charts are inspirational and the mapping is damn near magical. The city is presented in a systemless manner but the personalities are stated out for nearly every damn system that was on the market back in 1981. Which systems?

Ye gods but I really want to run this now. Damn me cleaning out the stack of games to make room for a real closet to be built...
Posted by Tenkar at 9:41 PM

Email ThisBlogThis!Share to TwitterShare to FacebookShare to Pinterest
Labels: games from the basement, Thieves' World