I Think the Backup Game for the "Low Turn-Out" Game Nights Will Be... 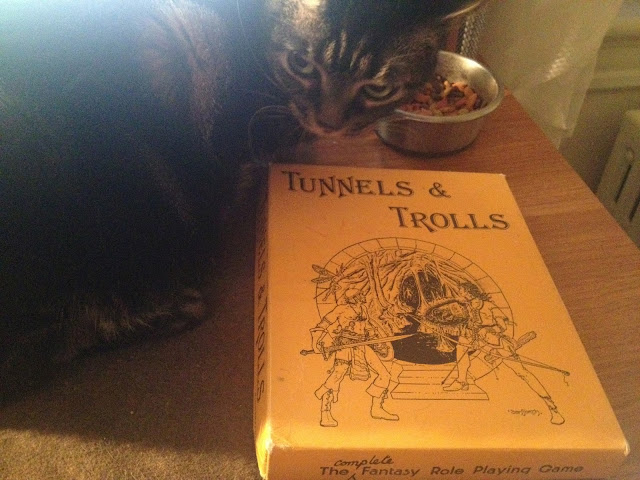 The answer was kinda staring me in the face. It's an extremely easy system to adjust on the fly based on part numbers / power.

The 5e rules have a free PDF that covers a decent spread of levels, including spells. And it kinda makes sense to use T&T, as I have 10 copies for the deluxe Tunnels & Trolls arriving whenever the Kickstarter finally ships - enough for the group and then some (yes, there will be a blog giveaway at some point).

Non-solo T&T adventures are rarer then for most system, but I do have access to a few, and there are more online I can grab in PDF.

I still want to run my SWN / Starships & Spacemen mashup at some point too. Too many games, so little time...
Posted by Tenkar at 7:33 PM