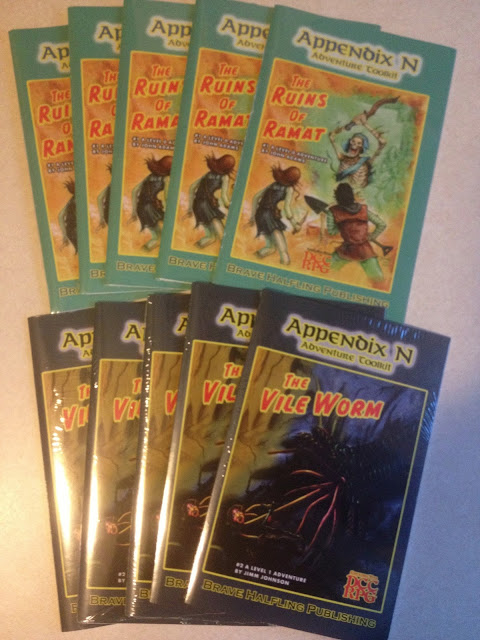 Brave Halfling is in the house and he's made an excellent showing.

Seriously, as much as i enjoyed reading the PDF copies of both of these, the dead tree versions are simply amazing. Professional covers, striking maps, player handouts, nice art. It's almost like Christmas in July - but it's still June ;) 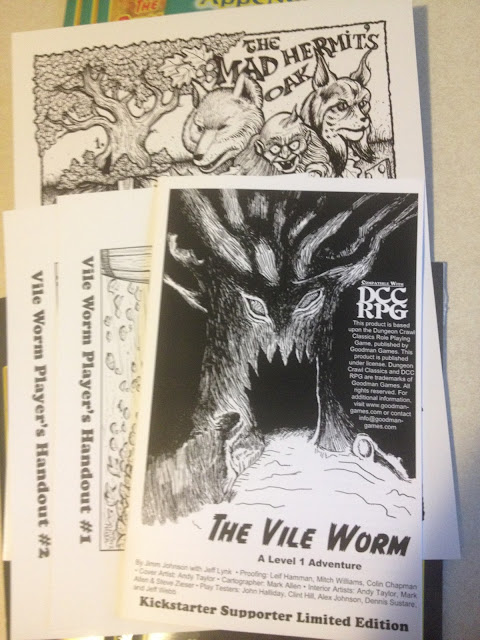 Sure, they would have been nice at Christmas, but I'm happy to have them now.

So, why all of the copies of Appendix N? For the summer of DCC RPG Contests silly! I still have some dead tree copies of DCC Adventures donated by Thick Skull and Purple Duck - so yes, I will be frequenting the post office this summer.

What will be the contest themes? Damn to all heck if I know, but we'll figure that out in time :)
Posted by Tenkar at 8:04 PM