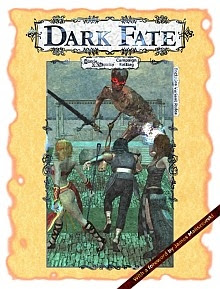 I don't own the Mongoose version of  RuneQuest.  My last experience with RuneQuest was from Avalon Hill, although I did pick up the Chaosium 2nd Edition years ago.  The price is right for me to start checking out the system again.  You can also pick it up in paper format on Lulu, but that kinda defeats the point of free ;)
Posted by Tenkar at 6:10 PM