Has "Appendix N" Gone Retail Before Shipping to the Majority of it's Kickstarter Supporters?

Hardly a week goes by without getting an email from someone asking me if I know the current status of the Appendix N Kickstarter - everyone wants to know when they are going to get their goods, and since I got mine three months ago, I must have some inside knowledge.

Here's the simple answer - I have no inside knowledge. But I do listen and I do read.

The last update on the Appendix N Kickstarter indicated the hope to get everything to everyone before the end of the year. Which would mean some folks would be getting theirs six months after I got mine.

Nowhere did it mention that Appendix N releases were being released to the general public before getting into the hands of those that supported the Kickstarter. It's been brought to my attention that the Appendix N releases are hitting retail distribution, like NOW. Is it possible that someone miscoded an entry? Sure - but at multiple locations? 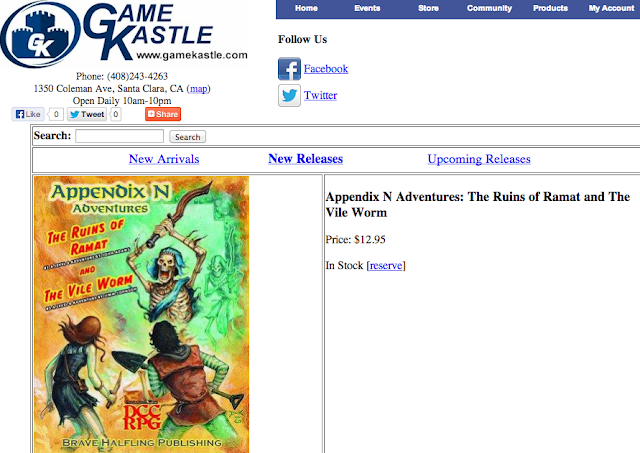 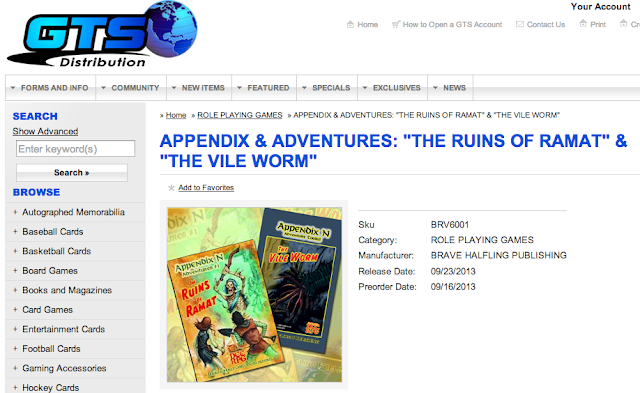 The Paizo link actually cost $11.01. I just ordered a set (shipping hurt but what the heck). When I get my Paizo copies, I'll post a pic. Hopefully folks will have pics of their Kickstarter copies to post before then.
Posted by Tenkar at 2:55 PM