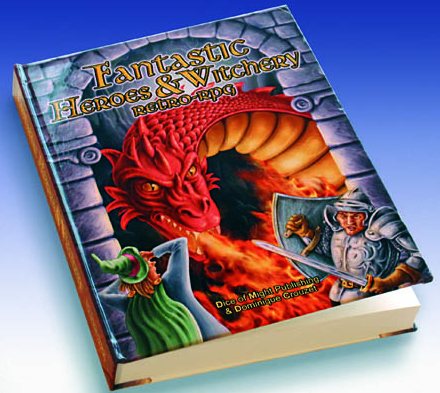 I was over on the DragonsFoot forums yesterday when I came across the thread for a new OSR ruleset. Sure, I know, what really is "new" when it comes to rulesets in the OSR. Still, this one does seem to add a bunch.

Fantastic Heroes & Witchery adds a boatload of new classes and races. You don't even have to use the rules as written. Lift liberally to the ruleset of your choice. New classes, new races, new spells - there really is a lot to like. No magic items or monsters, so you will be using this with another set of rules in any case. 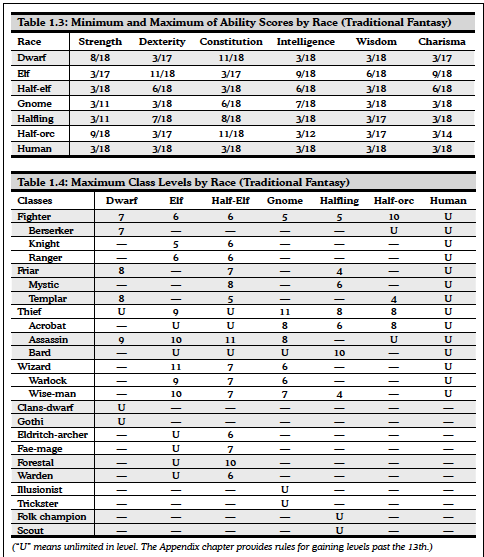 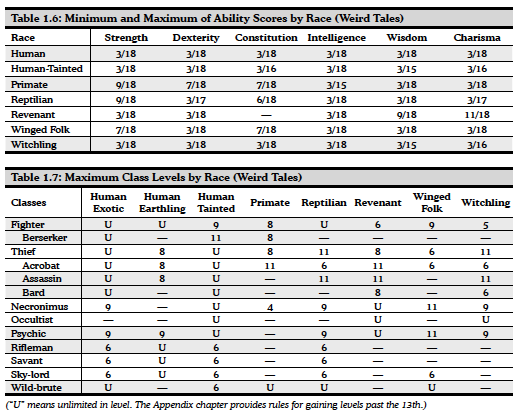 Did I mention the abundant and for the most part decent or better art? Yep, it's a pretty cool package.

So, why do I refer to it as "crippleware"?

The free PDF version comes in a 2 page spread format with no bookmarking. I can survive the lack of bookmarking (and the intentional removal of the table of contents) but the 2 page spread makes this nearly impossible to read on anything but the largest screens. I have a 27" screen, and I still find it very annoying - damn old age!

I haven't done more than skim it at the moment - like I said, the 2 page spread is pretty annoying, but what I have read looks pretty damn good and rippable for other OSR systems.

The author is fairly active on the thread over at DragonsFoot, so feel free to ask him any questions.

From the author's initial posting:


This is the game we all know, in a version borrowing from all editions, from "classic" to "3e." As such you already know the rules, nothing to relearn. You've got ascending attack bonuses (called BtH) and AC, but using the old descending AC is still possible. You've got all the spells found in 1e with UA, and many more for a total of 666 spells. There is a lot of classes, old and new. There is a fundamental difference with regard to priests though: all spellcasters are considered mages, with those using former cleric spells being wise-men/women, and those using former druid spells being forestals. Then, priests classes don't necessarily get supernatural powers, and when they do (i.e. friar class), they pray for immediate divine help rather than preparing and casting spells. This is the only main difference. Other than that, FH&W is 430 pages of simple rules and many options. The book is a combination of player's manual and GM's manual, but does not include monsters and magic items. However, you may use those from Osric or Castles & Crusades just as easily.

Indexed PDF version (not free) coming in December. Print on Demand may be before that.